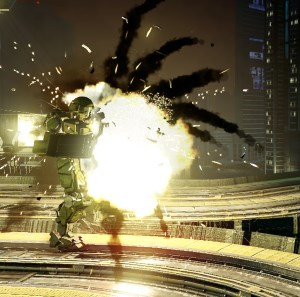 Don't just blindly fire at the enemy, aim where they are already injured. On the battlefield target the enemy (default key "R") and see details of an enemy 'Mech. The left side shows the weapon load out and their current status (healthy or destroyed). The bottom shows the 'Mech chassis and variant. The majority displays the enemy 'Mech armor and structure status - armor is the thin line on the outside of each location, structure is the larger, internal block. The more red armor/structure is, the more damage it has received.

There are two ways to destroy a BattleMech: Destroy both legs or destroy the engine.