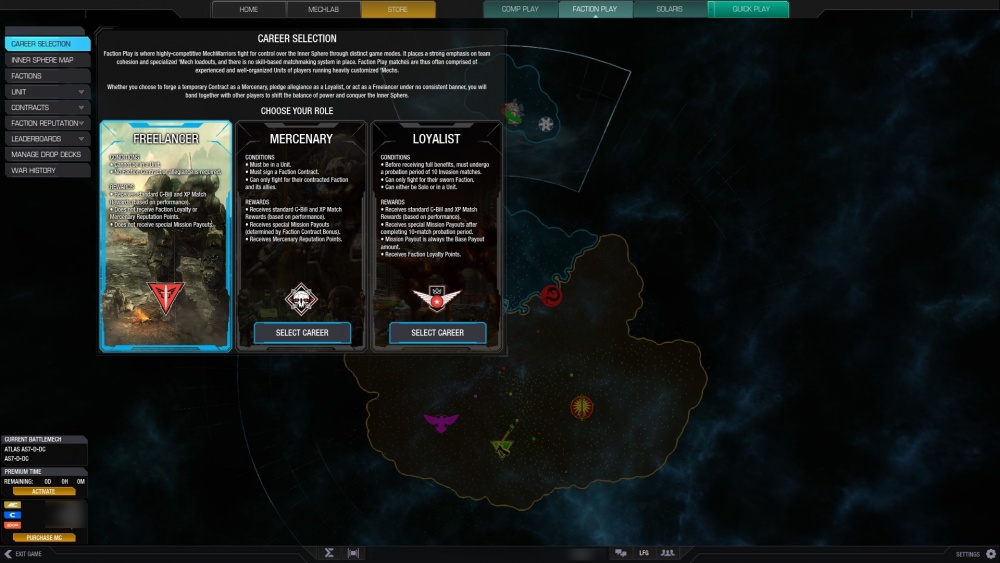 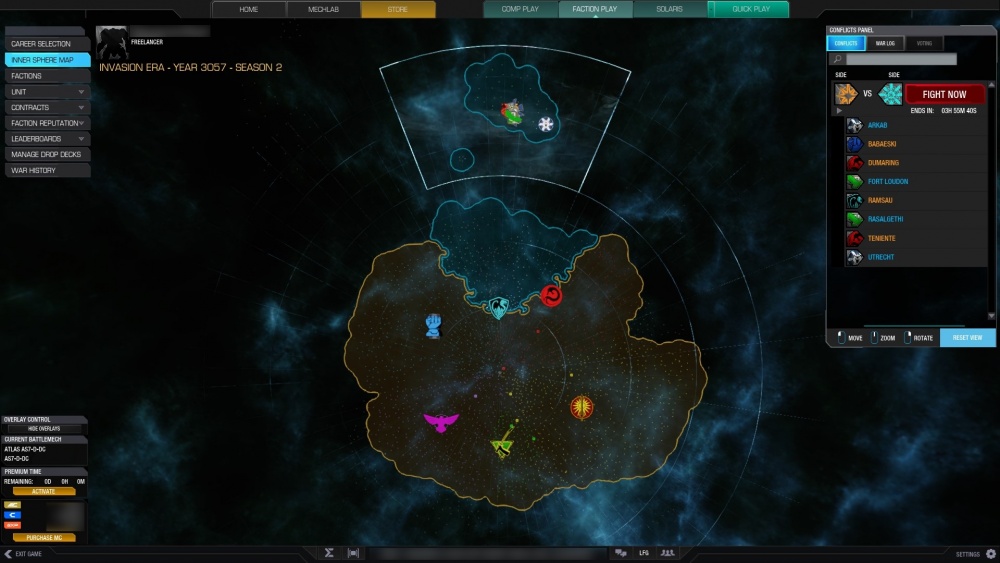 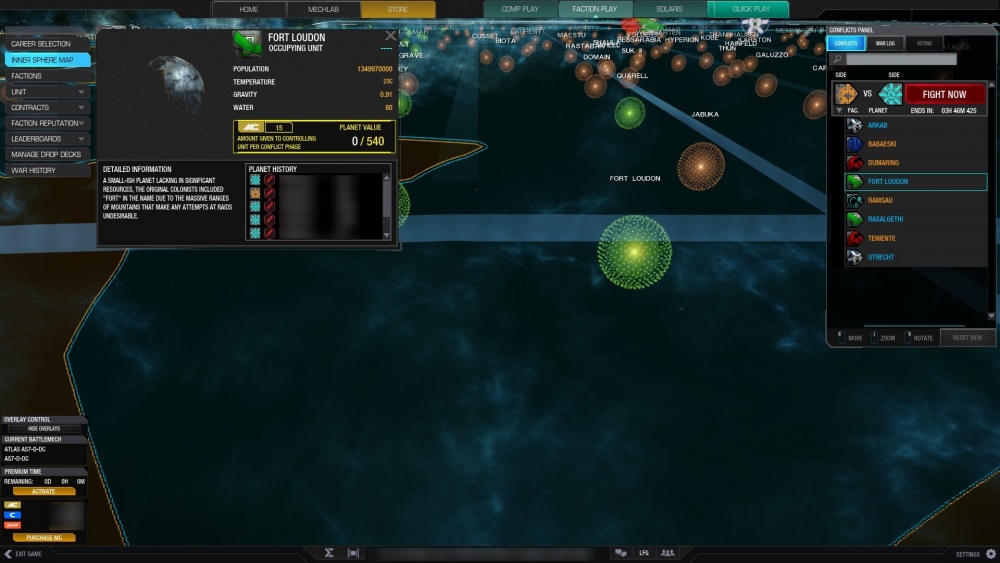 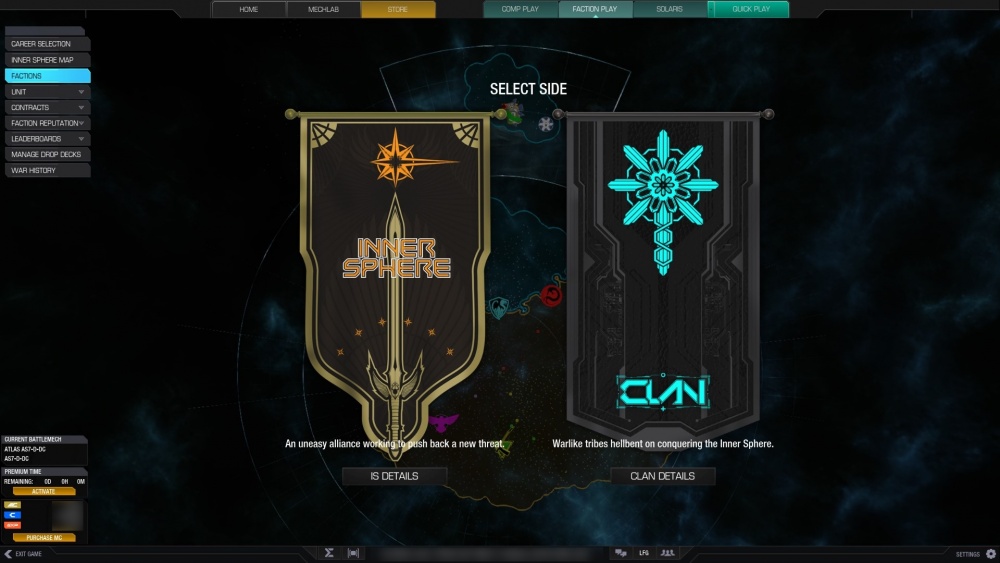 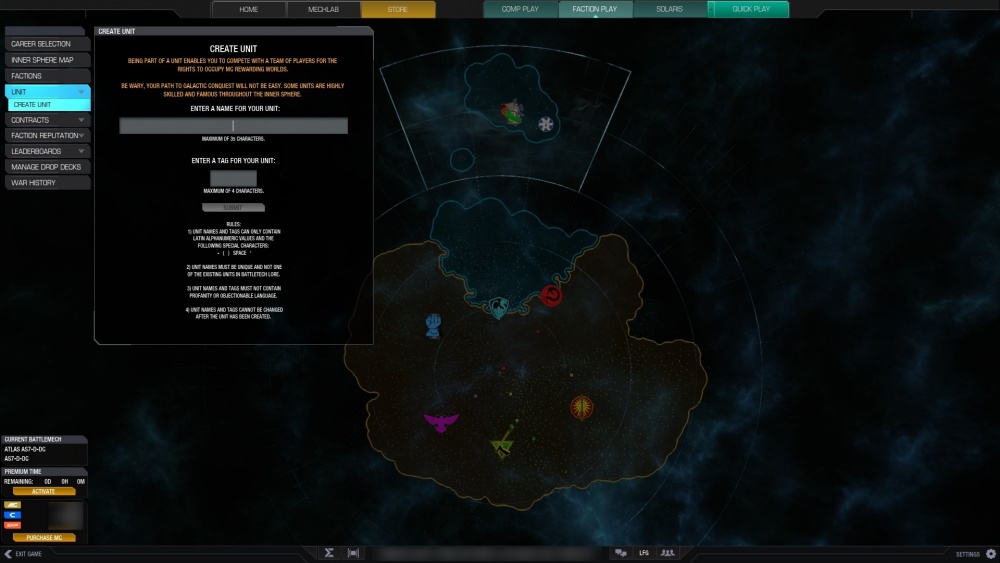 If you are not a member of a Unit you are given the option to create one. 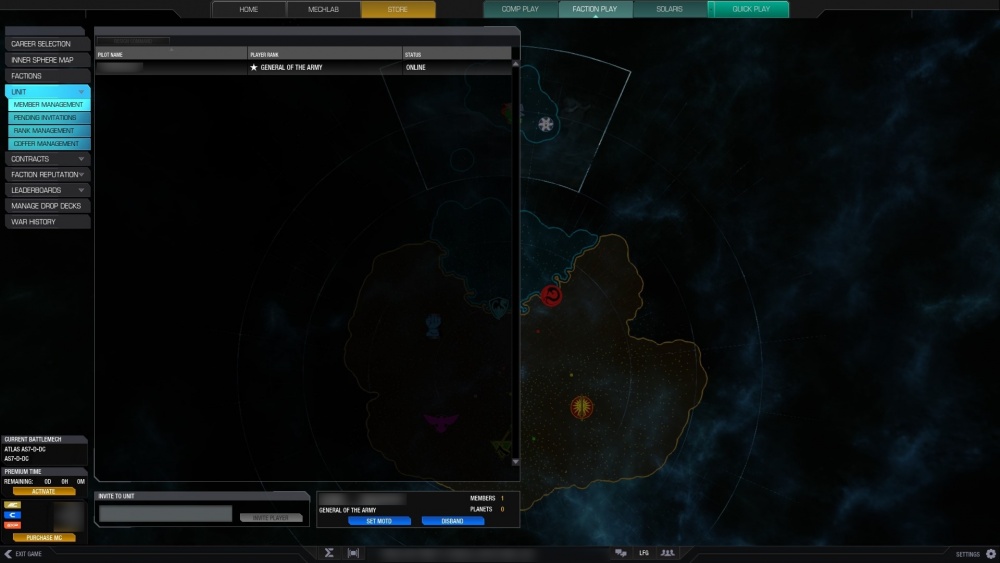 View the total roster of your Unit, their player rank (see below) and their online status. 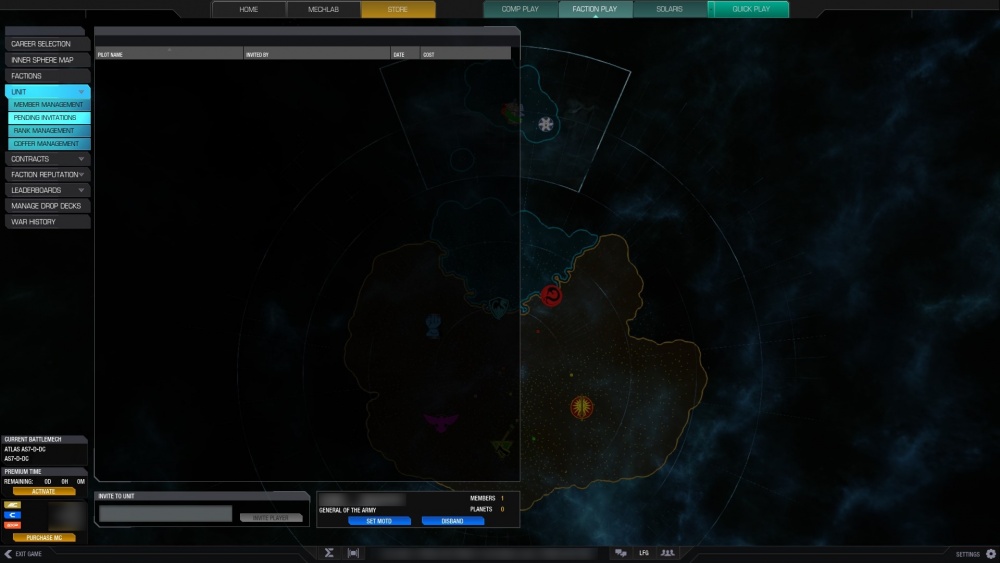 Browse active invitations to other MechWarriors to join your Unit. 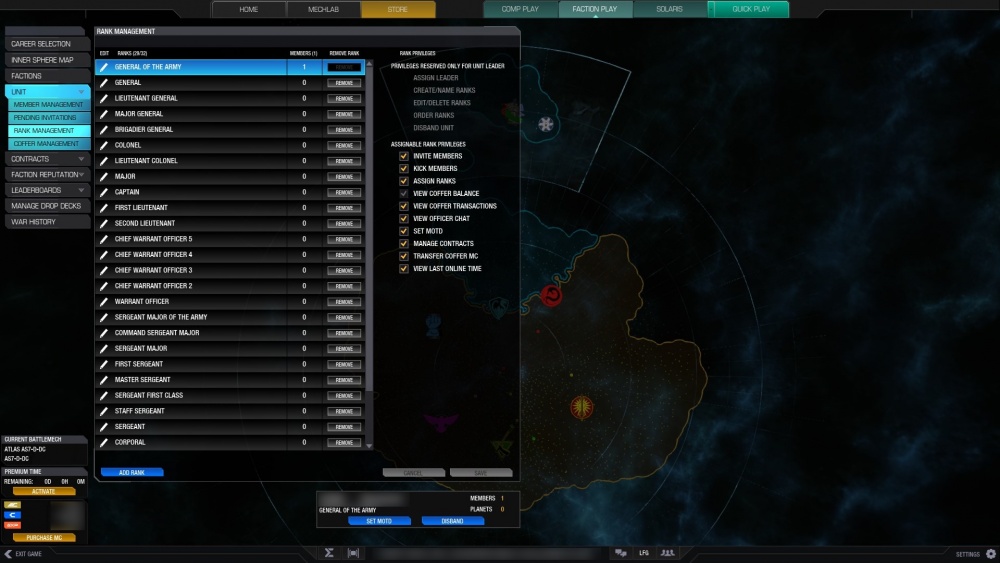 MWO offers many default Unit ranks, but only gives all privileges to the unit creator, who has rank of "General of the Army". Units can create their own rank structure and control their in-game permissions. 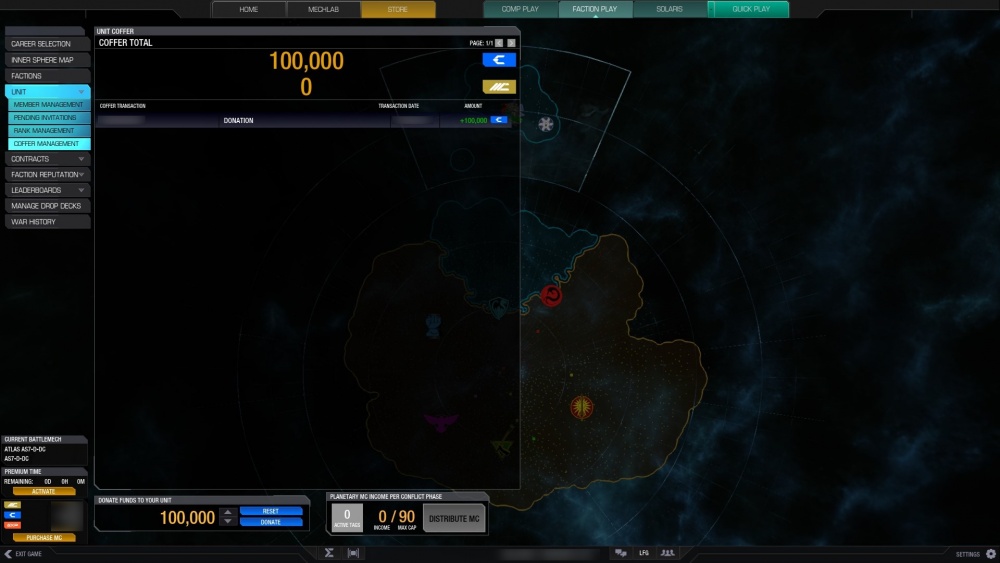 Check your Unit coffers and a history of donations. Unit members can donate C-Bills here, and Unit MC earned from Faction Play is stored here. When a Unit grows beyond a certain size it costs C-Bills to add members. Once in the coffers C-Bills or MC can not be re-assined to individual members. 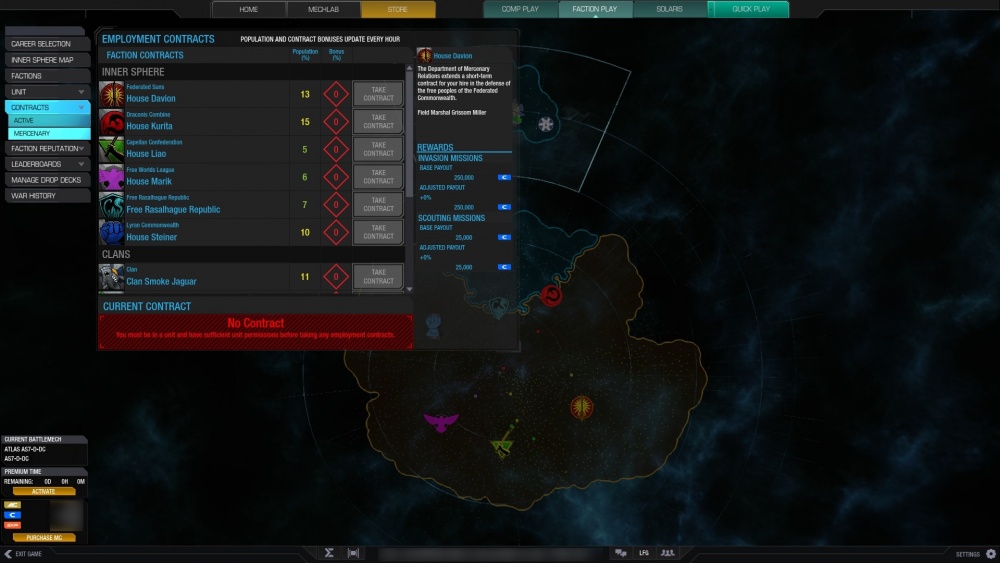 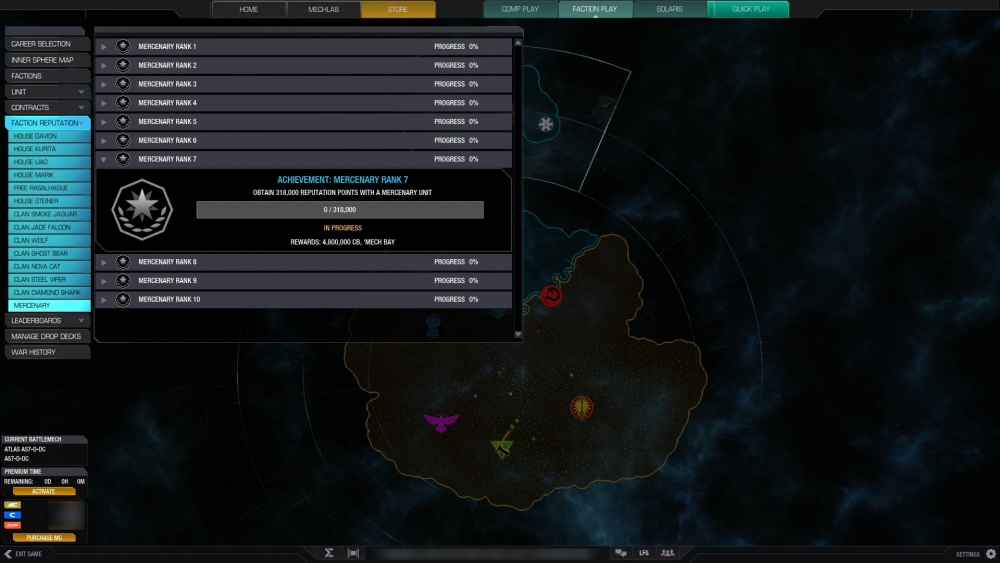 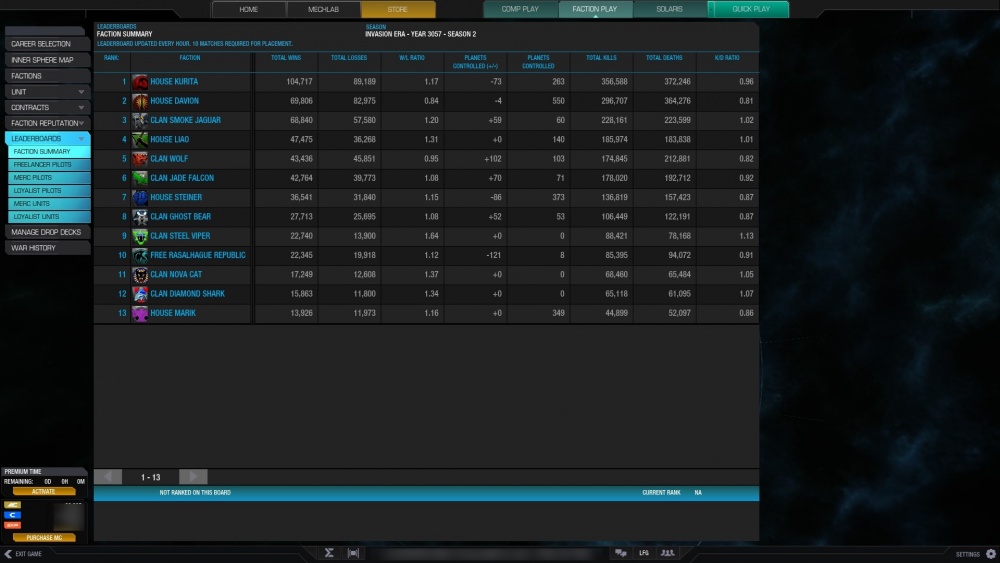 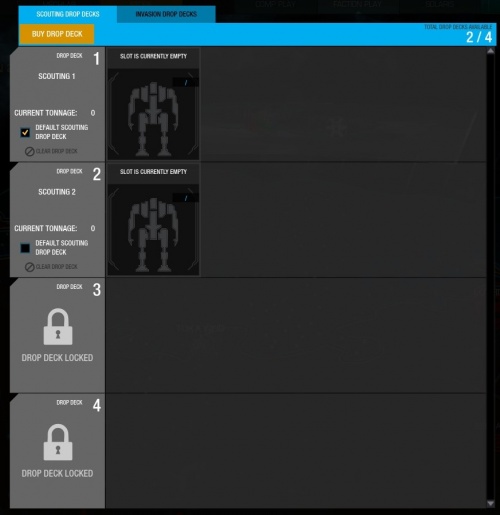 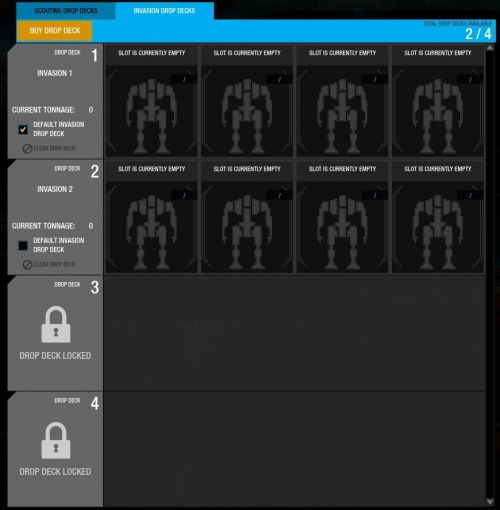 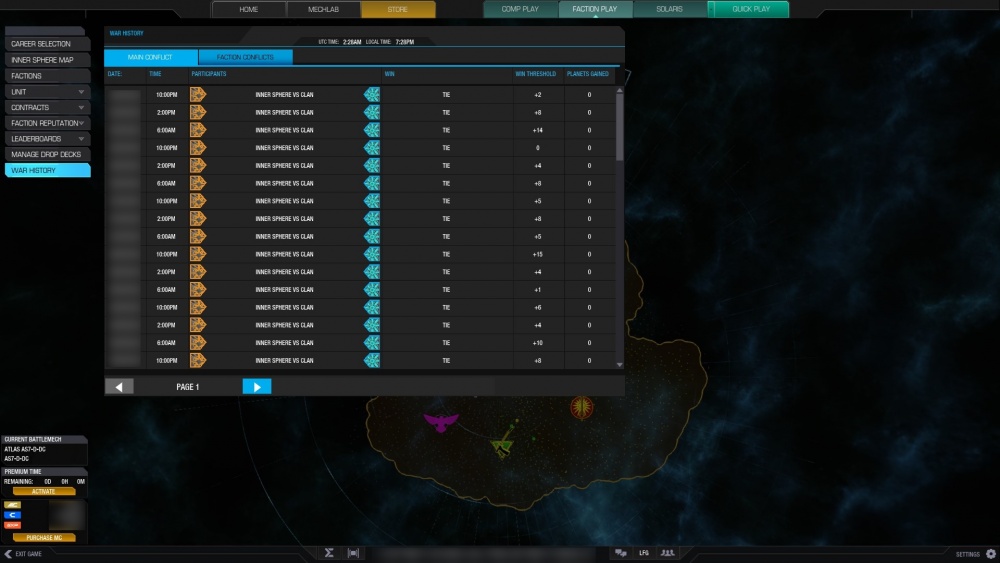