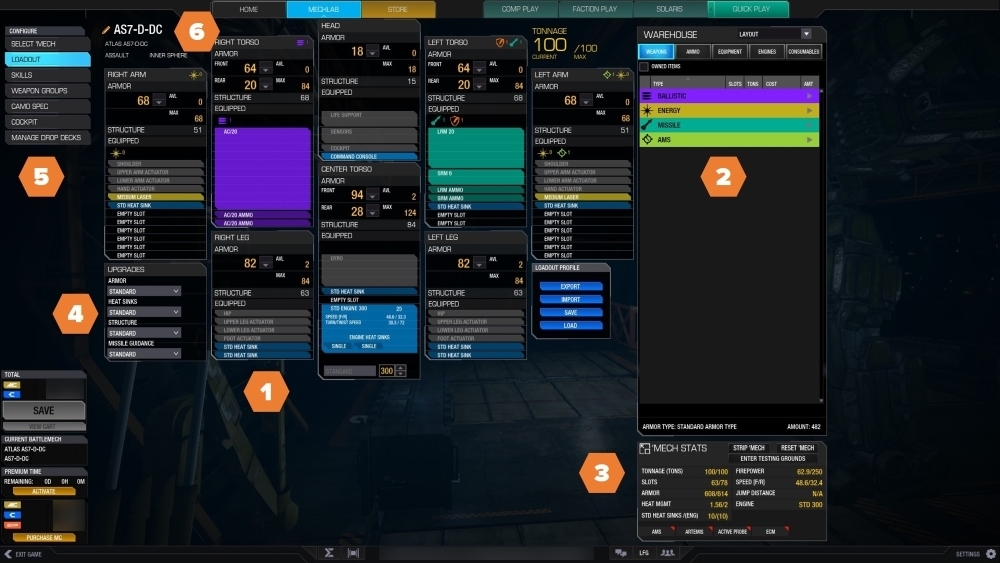 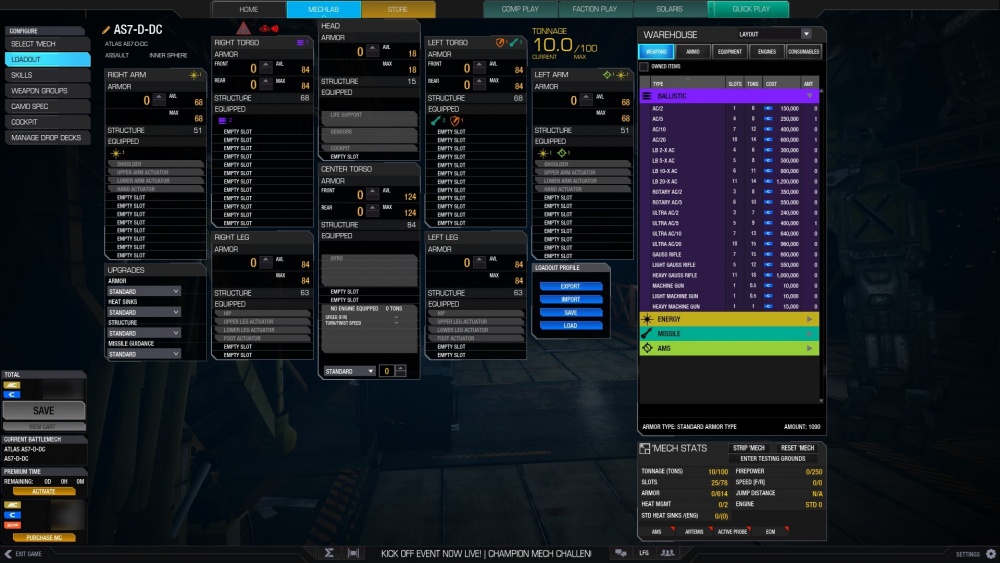 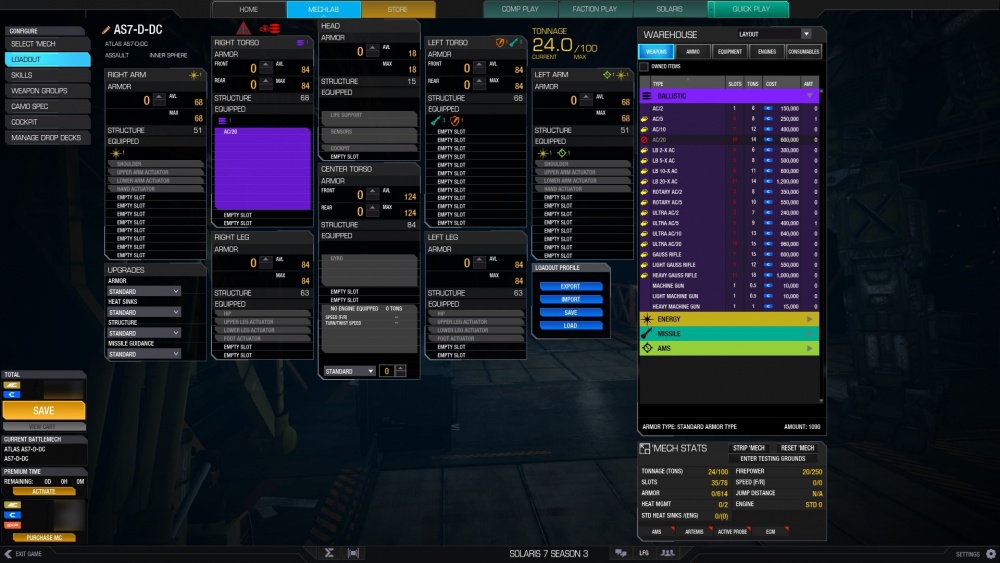 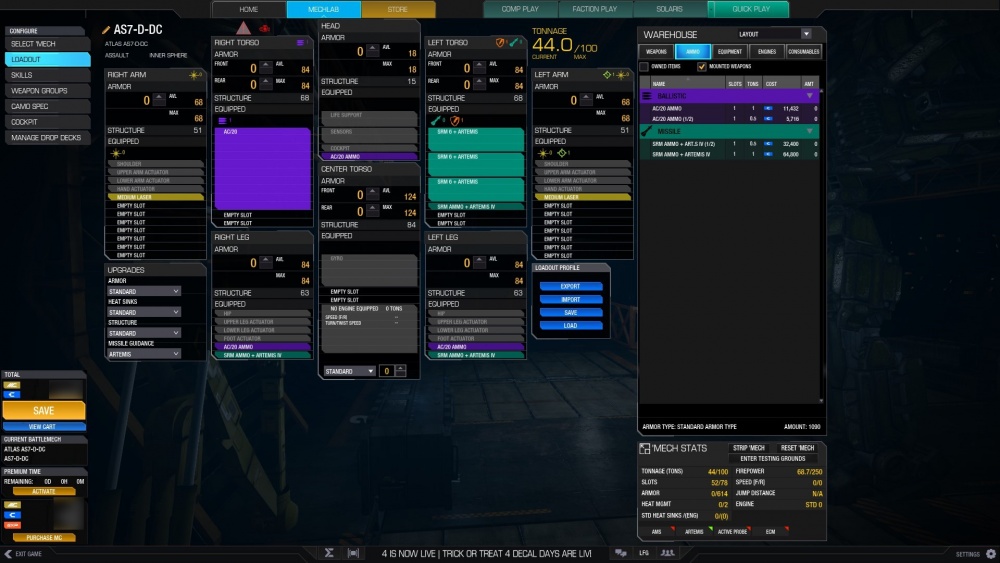 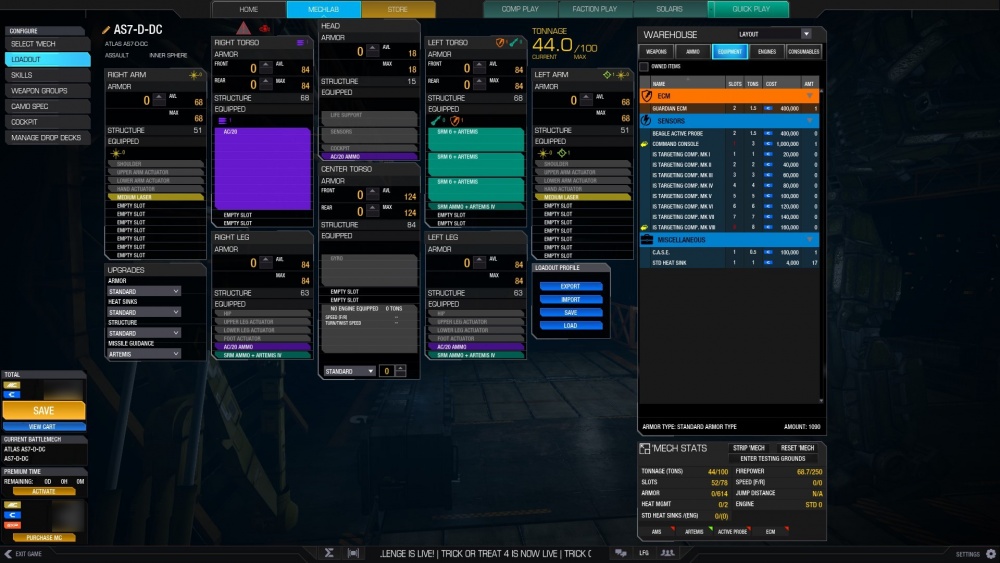 Select the 'Engines tab in the Warehouse and open each menu. The Atlas can equip engines rated from 200 to 360. Components currently on our Atlas do not allow the use of LFE or XL engines, so we will instal a standard engine 350. The STD350 has slots within it for four heat sinks. Now we fill those slots with our four DHSs, and add one more to the left arm. 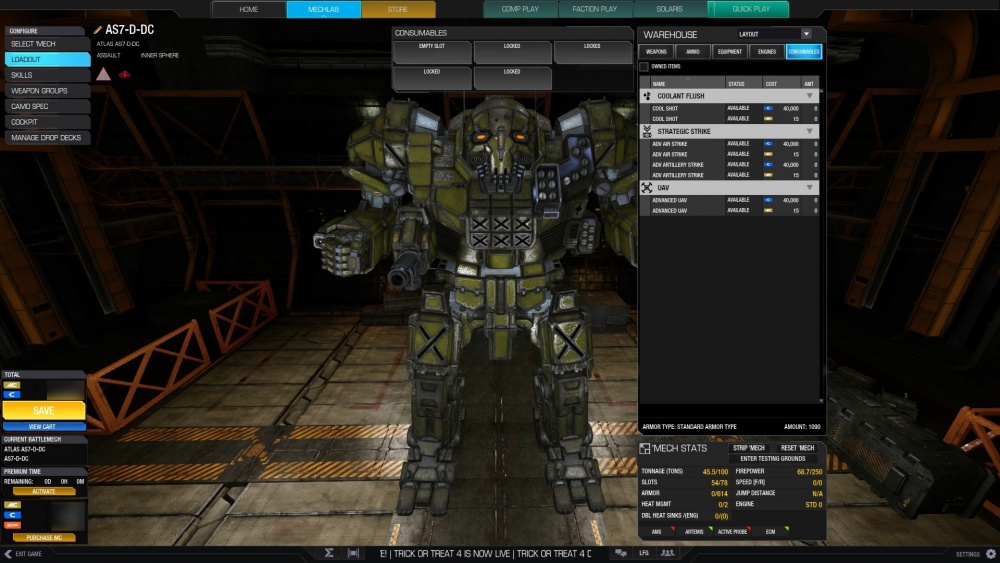 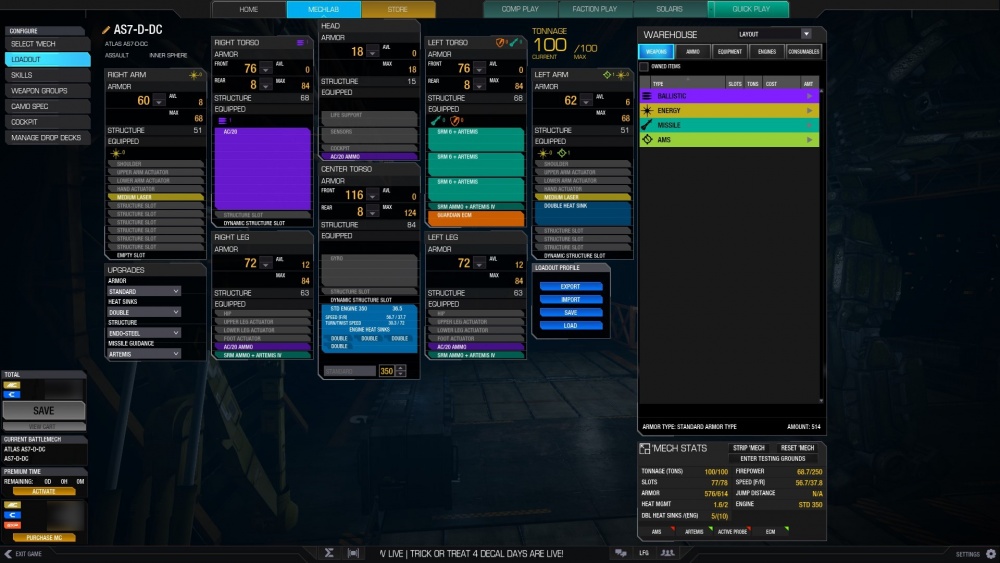 Cost of new components show up in your Wallet. Select the "View Cart" button to see what you will be buying. Engines must be placed within the center torso. You can drag the engine from the Warehouse or use the drop menu and up/down arrows in the 'Mech diagram.