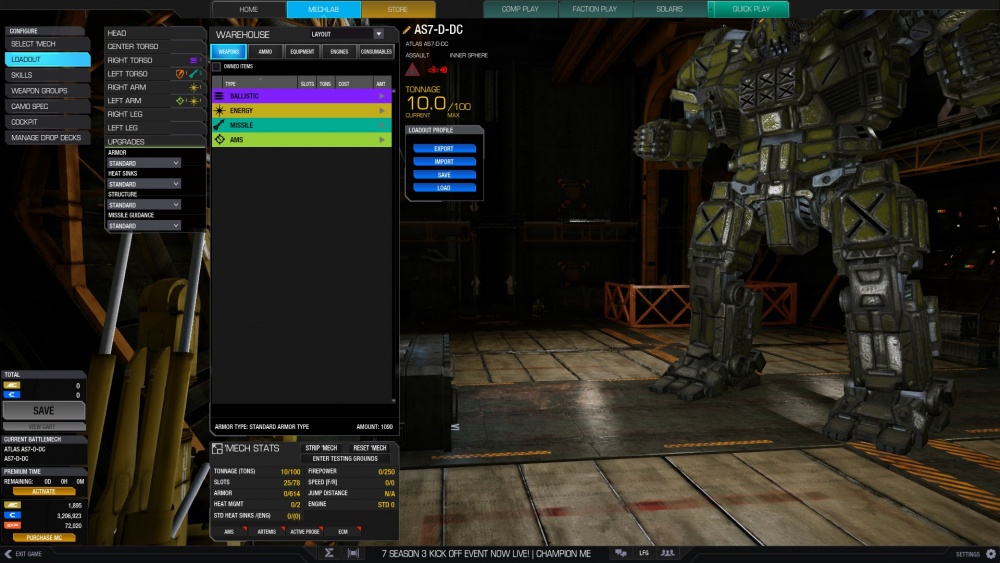 It's time to add armor back to our Atlas, but we are running to tonnage problems. So we will upgrade our structure to Endo-Steel and then add armor to our locations. It's still not enough tonnage to fully armor, but it is close enough.

The cost of new components show up in your Wallet. Select the "View Cart" button to see what you will be buying.