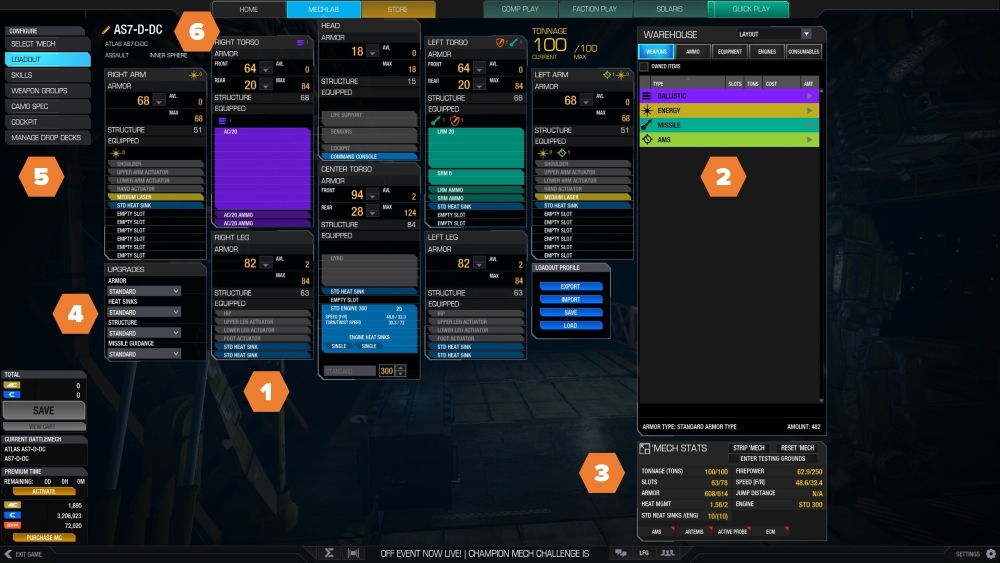 We stripped the 'Mech using the Mech Stats | Strip 'Mech button, and selected Strip All Equipment and Strip all Armor options. There is usually no reason to remove so much armor, but we wanted to show how a completely stripped 'Mech with standard Fixed components are shown in grey - they cannot be removed. "Empty Slots" are available for components. We will build or Atlas below.