The "MechLab" is where you build your 'Mech. The figure below shows a fully stripped Atlas AS7-D-DC. You will seldom see BattleMechs so empty, but it's a good place to start. Because this interface must work on many different monitors and resolutions, the Mech Bay is very modular. The below images were taken on a 1920 x 1080 display. 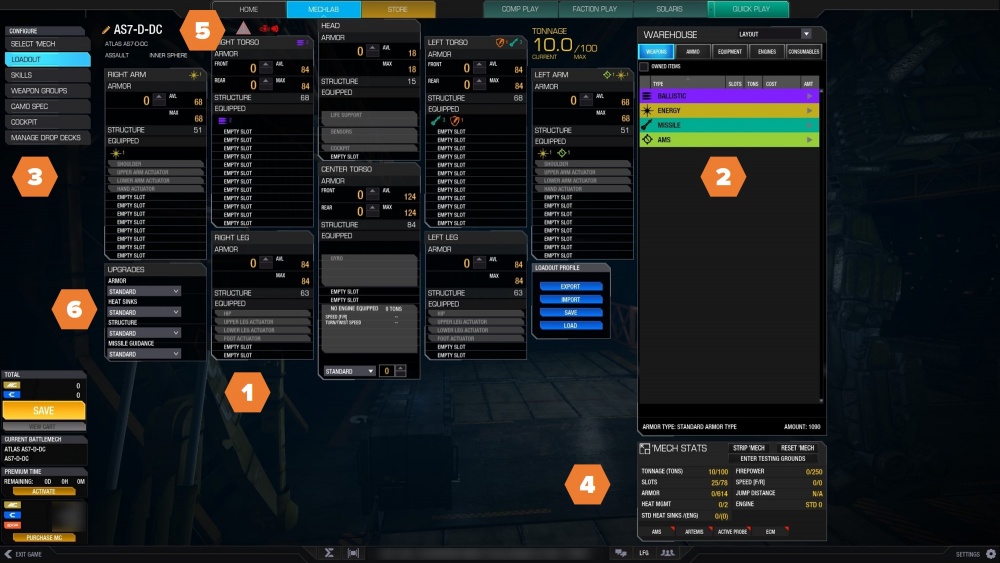 1. 'Mech Layout - The 'Mech is displayed as a schematic with every location's slots available for use. Fixed components are shown in grey - they cannot be removed. "Empty Slots" are available for components. We will build or Atlas below.

4. 'Mech Stats - Dynamic listing of 'Mech information, updated as components are added. Selecting the top-left symbol will expand the window to show full 'Mech details. Also has buttons to strip your 'Mech, reset any un-saved changes, and take the currently configured 'Mech (even if not yet saved) into the Testing Grounds.