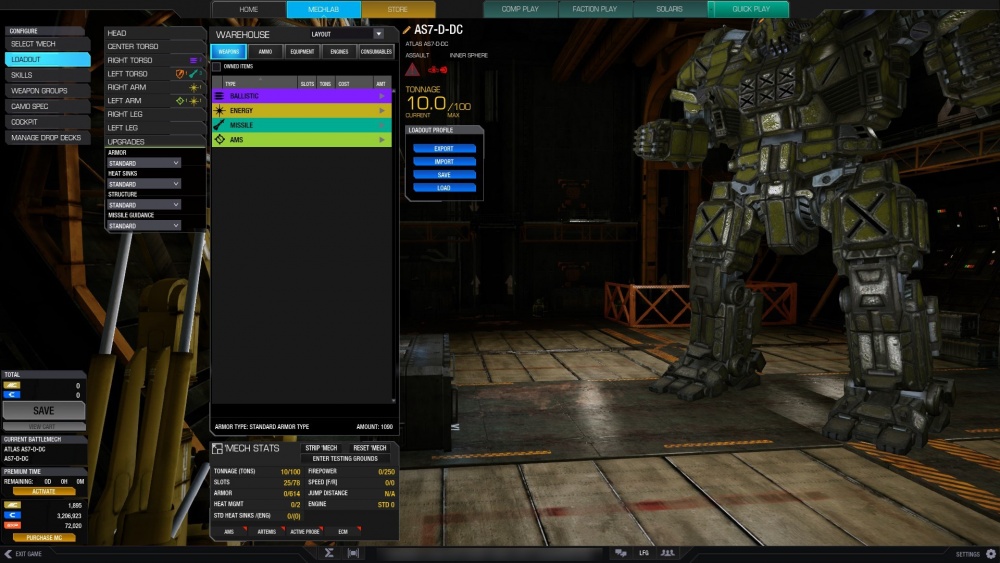 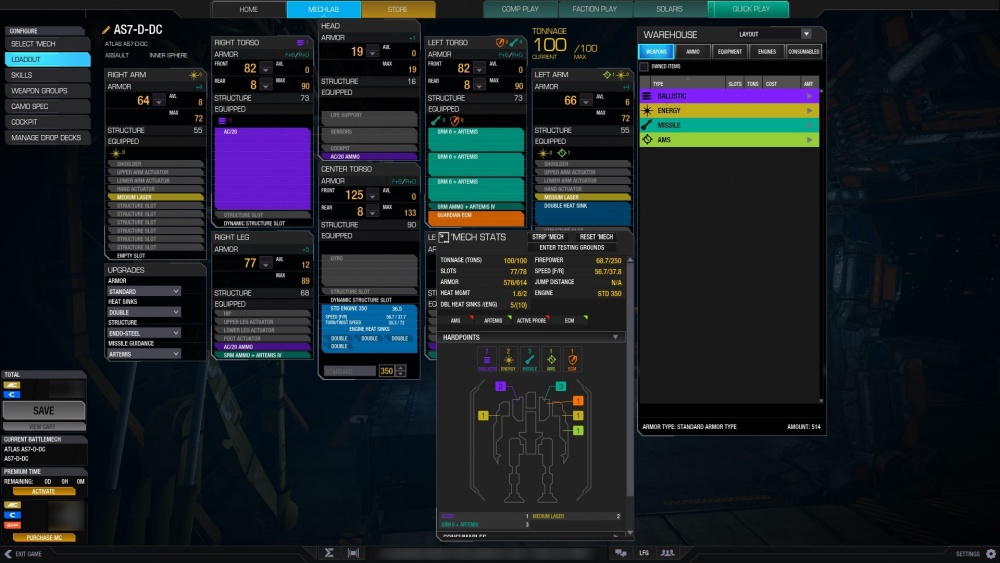 Select the "Expand/Collapse" icon on the top left of 'Mech Stats to expand the window.