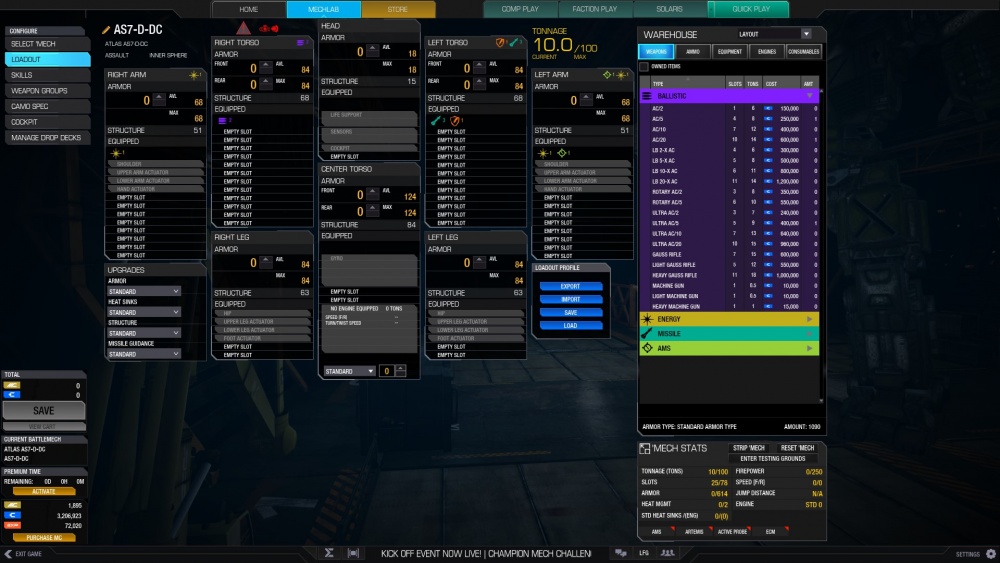 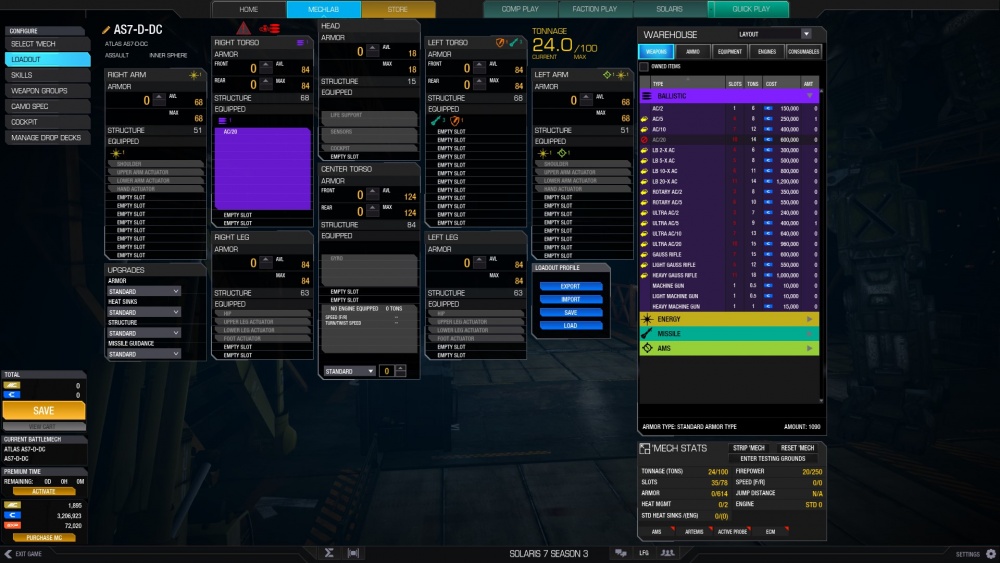 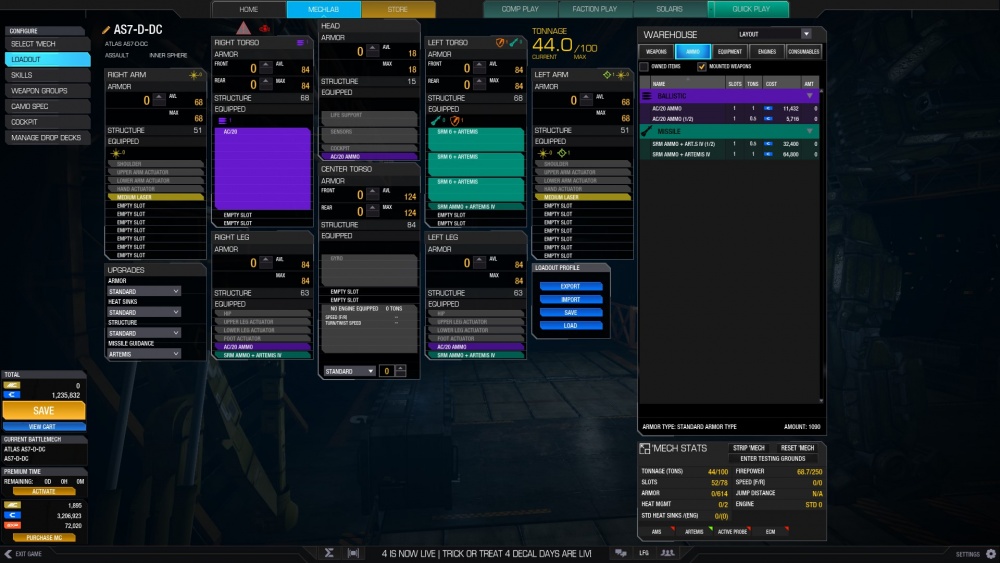 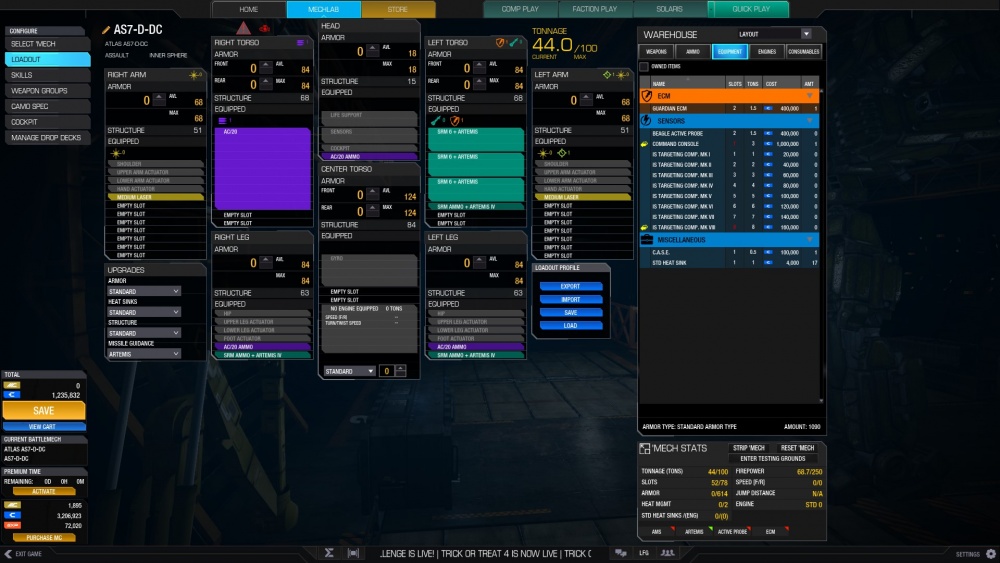 Select the Equipment tab in the Warehouse and open each menu. The AS7-D-DC has an ECM hardpoint in its left torso, so ECM is displayed in the Warehouse for use. Within the Sensors menu the "Command Console" and "IS Targeting Computer Mark VIII" are disabled. The command console can only be placed within the head, and we have a ton of AC/20 ammo there already, so it cannot be installed. The targeting computer Mk VIII requires eight slots within a single location, and we don't have any location with eight slots available. We will install the ECM, and upgrade to double heat sinks (DHS).