Difference between revisions of "Solaris"

This page describes the Solaris 7 interface. See Solaris 7 for more information about the game mode. 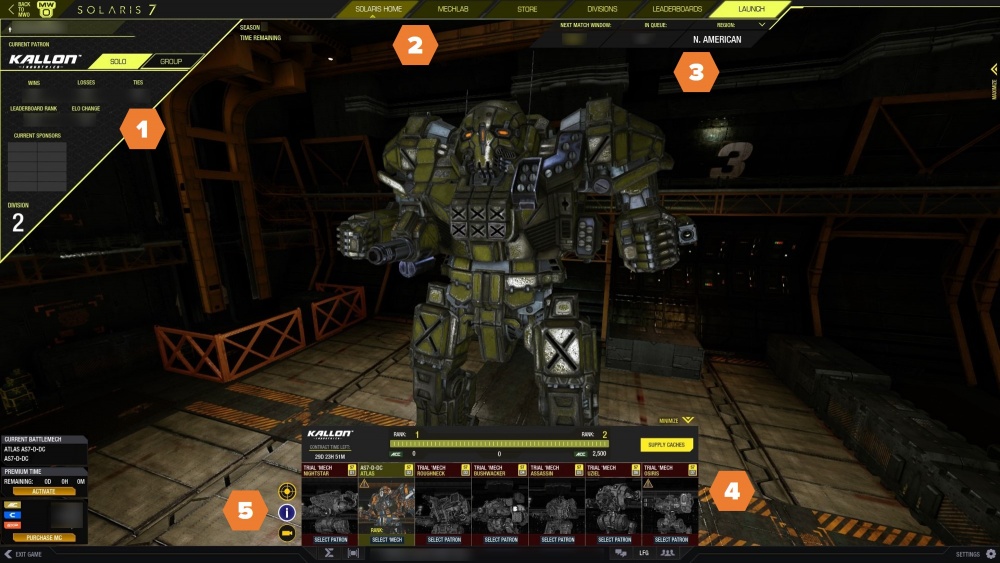 1. Solaris Ranking - Your statistics in the Solaris division of you currently selected 'Mech.

2. Solaris Top Menu - Mech Lab and Store are the same as the Mech Bay. Divisions let you see your performance in each Solaris division, select your Patron and manage Sponsors. Leaderboards displays the Solaris Leaderboards, which allows filtering by solo, group and division.

4. Division 'Mechs - Selected 'Mechs in every Solaris division, and supply cache progress in the division of the currently shown 'Mech.

5. Icons - Take your current 'Mech to a Solaris testing ground, learn more about Solaris 7 and walk around your 'Mech in first-person view.

When you hit Launch the count down timer appears, showing you how long until Solaris MM matches everyone in queue according to their SSR. 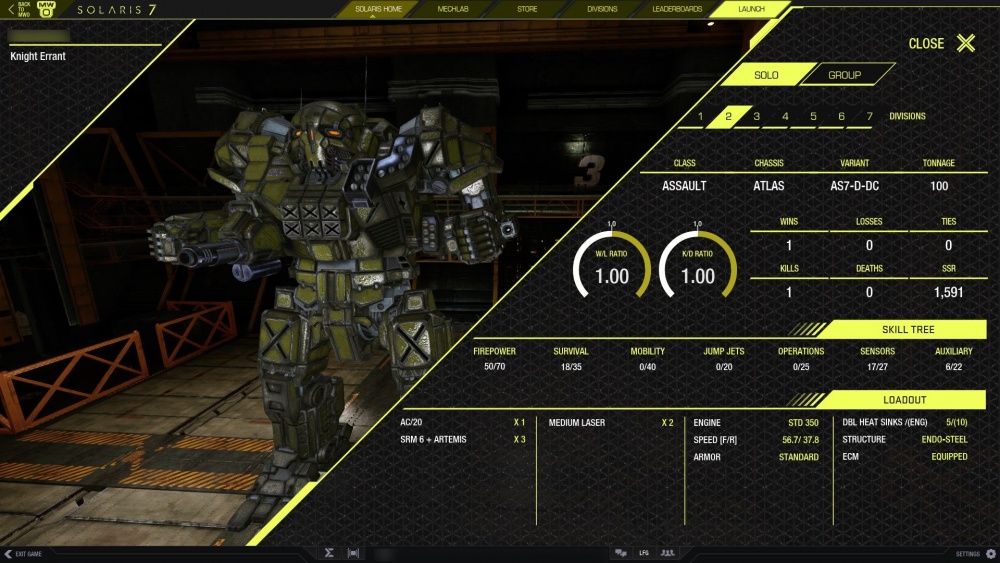