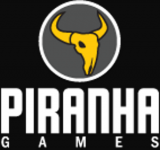 After supporting MWO for years, Piranha Games released the next real time single player BattleTech video game, Mechwarrior 5: Mercenaries. The year is 3015. The Great Houses of the Inner Sphere have been waging bitter war for over a century. While the battlefields burn with an array of devastating weaponry, none is more formidable than the BattleMech. Skilled Mercenaries have never been in greater demand, and you aim to make your mark. Play by yourself or with three friends.

MechDB is a web-based MWO data source and MechLab. Look up equipment statistics, scroll through tables of 'Mech details or test build your 'Mech. MechDB is not PGI-supported, but is an amazing community resource.